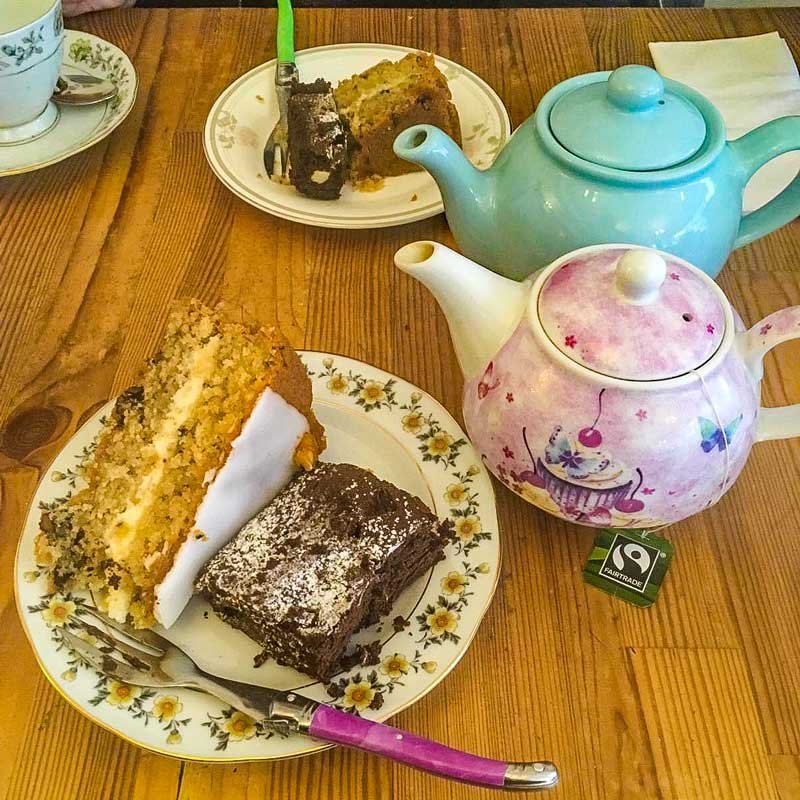 There’s a new place for a coffee / bite to eat in Cheam Village. On our first visit the cheese and ham crêpe was tasty and substantial but we found the lemon and sugar crêpe far too sugary. Next time I’ll ask for a lemon-only crêpe and I’ll add sugar from the sugar sachets!

It’s worth giving Love Crèpe (surely that should be Love Crêpe) a try.

Oscar is a lively and attractive restaurant which is part of the Charlotte Street Hotel. For £35 per person we enjoyed a three-course late-lunch, followed by a film (Gone Girl) in the private cinema.

One of the cheaper bottles of wine at £27, plus coffees and a service charge of 12.5% bumped it up to £200 for the four of us, but we did have a very nice time and I would thoroughly recommend Oscar.

The film was pretty good, too, though the front couple of rows in the comfortable and small cinema are pretty close to the screen! The film Gone Girl is a curiosity. It’s a thriller, with several twists, that holds your attention for well over two hours. I was disappointed midway through the film when the the basic mystery was revealed. And I think many people were left stunned by the ending (“No way!”). But overall it was a pretty good movie. 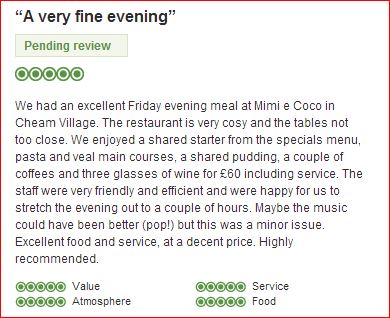 What a fun evening with friends at Carluccio’s, Covent Garden!

London was heaving – it was Friday night and Victoria tube station was closed due to overcrowding. Carluccio’s is always rather noisy, and upstairs was no exception. However all was fine; the company was entertaining, the food was good, the wine plentiful, and the service excellent. After 4 hours we departed and I slumped through my front door sometime after 1pm. A great night.

Ranked 133 out of 12,026 restaurants in London on TripAdvisor 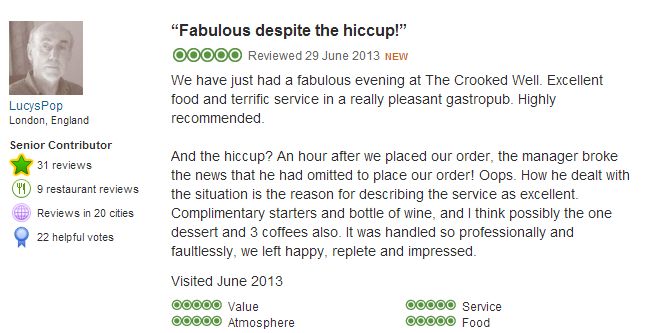