The noise! The lights! The colours! Welcome to ten-pin bowling in the modern world! We texted my wife that she might like to keep away! We had a great time – I came top (I’m the oldest) and little 5-year-old Iris (the youngest) came second. Well done Iris! And the day wasn’t over as we all met up for a late lunch at Pizza Express, which was also a great time. What a great day!

These are my final artworks until I’ve worked through at least some of “Acrylics for the Absolute Beginners, by Charles Evans”. Why? Because I’m struggling to figure out what to paint. When you don’t have the basic skills, you’re limited in what you can achieve. This morning’s efforts are the two cards for the little ones and this bizarre effort. I’ve no idea what the thing is in the top right. I think it started off as a bird! I should have painted over it and put in the sun or an aeroplane! Oh well, watch this space.

You can see my artistic development / non-development at https://thingschange.blog/not-an-artist/

It’s been a long time since I last went to an evening football match. Sadly, Sutton were clearly the inferior team, and a grim, goalless second half ended a disappointing game and result. Still, it was fun to go to an evening match..

I’ve begun playing chess again. I learnt as a child and then played friendly games against a work colleague in my twenties and early thirties, but nothing since. I know the rules, some basic principles, but I’ve always been lazy when it comes to studying openings and beyond. But I’m not stupid and I don’t mind losing, two necessary qualities to enjoying playing chess or in fact any game.

I don’t know anyone who is interested in playing chess so I’ve searched the web and found a website, chess.com. It allows me to play humans or a computer, and my instinct is to play against a computer. On chess.com you can chose the level you want to play at, and after trying a fairly low level computer opponent (it made deliberate, silly mistakes – no thanks!) I’ve jumped into the deep end and gone for a computer opponent far beyond my chess skills. That way I’ll hopefully learn more and quicker. So far I’ve slipped up really early in the games and chosen to resign the games rather than waste my time in hopeless positions. I don’t play a continuous game but instead play a move when I feel like it and after due consideration.

My opponent on chess.com is called Noam and is described as “a veteran player who can tell you stories about his clashes with stars of the past. In the present, he plays very solidly, so be prepared for a long fight.” I have zero expectation of ever beating “Noam”, but I’m hoping to learn a lot, fast.

So far I’ve tried playing on my mobile phone but I think the small screen has made it too easy to make silly mistakes so I’m going to try using the phone app in combination with my old chess set. See the screenshots below for the current game – I’m already in trouble…..

What do I know about art!

I’m quite proud of this picture I took in Scarborough in 2015. I was reminded of it whilst browsing the website for The Other Art Fair‘ which is currently on in London. In the ‘Coastal’ area of the website I came across a photograph on sale (see the screenshot further down) which prompted me to remember my photo.

The gallery picture is on sale for $210 – it’s a mere 8″ square and the horizon isn’t even level! I do think mine is a better picture, but what do I know about art…..

I regularly return to this terrific album from Pinback. Not to everyone’s taste, but it is to mine! I’m currently listening to it whilst I play Klondike Solitaire on the New York Times website.

How can a café run out of Kit Kat?! So a Mars bar it had to be, though at my age it has to be torn into pieces rather than bitten into. Contrary to the cloudy weather prediction, late morning / early afternoon was gloriously sunny, enough to produce some slight redness to my fair skin.

I’ve been thinking about how best to go about picking up the odd piece of countryside litter. A picking-up device seems overkill and a nuisance to carry around on a hike. Perhaps all I need is a bag (plastic?) and maybe a rubber glove. But where do you keep the bag during the walk – hanging from the rucksack? I’d refuse to pick up those small plastic bags favoured by dog owners – quite why some go to the trouble of collecting their pet’s poo only to discard it or even hang it from a tree branch.

Well that was exciting!

A cracking game against a team third in the league, but which would have been worth going to just to be part of the crowd as the winning goal was scored and then at the final whistle. 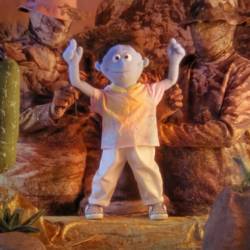 I’m playing these on a loop… 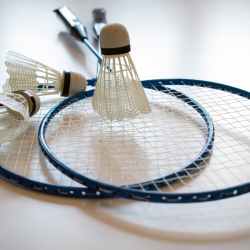 I was mad on playing football as a young kid. I considered myself a star dribbler in the junior school playground. At senior school I once played matches for the junior, middle and senior teams, all in the same week.

I even had a trial to get into the Southampton schoolboys team (was it Southampton West or East? – I can’t remember). I was rubbish on that day and my football playing days came to an end when Saturday matches clashed with doing a Saturday job.

At college I played an awful lot of bridge. I fondly recall playing well into the early morning with only a break around 11pm, to re-energise with chicken and chips from the chippy around the corner. Once we tried playing in the evening in a pub but some grumpy sod complained and that was cut short. Oh happy, wasted days!

In my last year at college I discovered badminton. I remember beating the class instructor in my very first game. My interest in badminton was to continue for many decades.

During my first career job I took up chess, having learnt to play at a young age. I still have my first chess pieces, which were a present from my dad. I played at work during the lunch break on a rather nice portable set that I treated myself to. Games stretched over several days and me and my colleague would sometimes play over the phone (each with our own board). I somehow accumulated two more sets, presents I think, so a total of 4 of sets which I still have, though I haven’t played for many, many years. I’m hoping that I may be able to interest one of the little ones in the near future.

I also played a bit of badminton, in church halls with low ceilings.

After a bit of a gap I eventually resumed playing badminton. For a couple of years I was hooked on playing singles against a much younger work colleague. For a long time he was unable to beat me, but given the closeness of the games it was inevitable that eventually he would. From then on the games were pretty evenly matched and the spoils shared.

I began playing mixed doubles with work colleagues, and this was to continue for some considerable time. My time as a badminton player came to end when for the second time in two years I tore something at the back of my leg (first the right then the left). The experience was so painful and distressing that I decided I didn’t want a repeat of this injury.

I wish I had put more of an effort into playing tennis and also table tennis. I’ve played a little, and I love these games. I’m clearly a missile-over-the-net person! 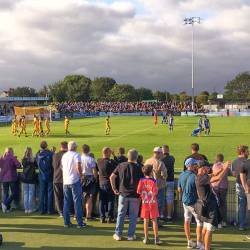 I can’t remember the last time I went to a football match – possibly a Premiership match at Fulham, 10 or more years ago. On a whim I decided today to go watch my local team, Sutton United (newly promoted into League 2 of the Football League) play a home match against faraway Carlisle. Sutton went on to win 4-0. It wasn’t a bad game but it was a great result. The picture below was taken after one of the goals.

I once went to a match with my dad. This was after he had separated from my mum. I can’t remember the actual teams but I think it was two of Corby, Kettering or Northampton. My dad lived in Corby. Today, my more-than-grown-up son who lives in Berlin messaged me in response to my messages re today’s match that “I would also like to go sometime!!!”. Back in 1989 (I had to look that date up) Sutton beat Coventry in a famous third-round FA Cup match, only to be slaughtered 8-0 in the following away match against Norwich. Me and my son went to both matches and if I remember correctly he was distraught by the drubbing in this fourth-round match. That was probably the last time I went to a match with my son. It would be nice to do it again, son.

It was interesting being at today’s match. There’s a lot of booting the ball forward and far more heading of the ball than I would consider healthy. The supporters at the match were predominantly male, middle-aged or older, bearded. Mums and dads came with their kids but most kids seemed disinterested in the match. I can’t believe how long people will queue for burger and chips, even during play. The players seemed to be more gentlemanly that players in the top divisions, which I appreciated. I’ll go again.