My first match in 2022 was a goal-less game between two teams near the top of the division. A good crowd of nearly 3,600 saw Sutton hang on for a draw after having a player sent off 15 minutes from the end. Overall, not a bad game. As a boy I may have watched Northampton play, having been taken to a match by my dad when he lived in Corby, Northamptonshire. 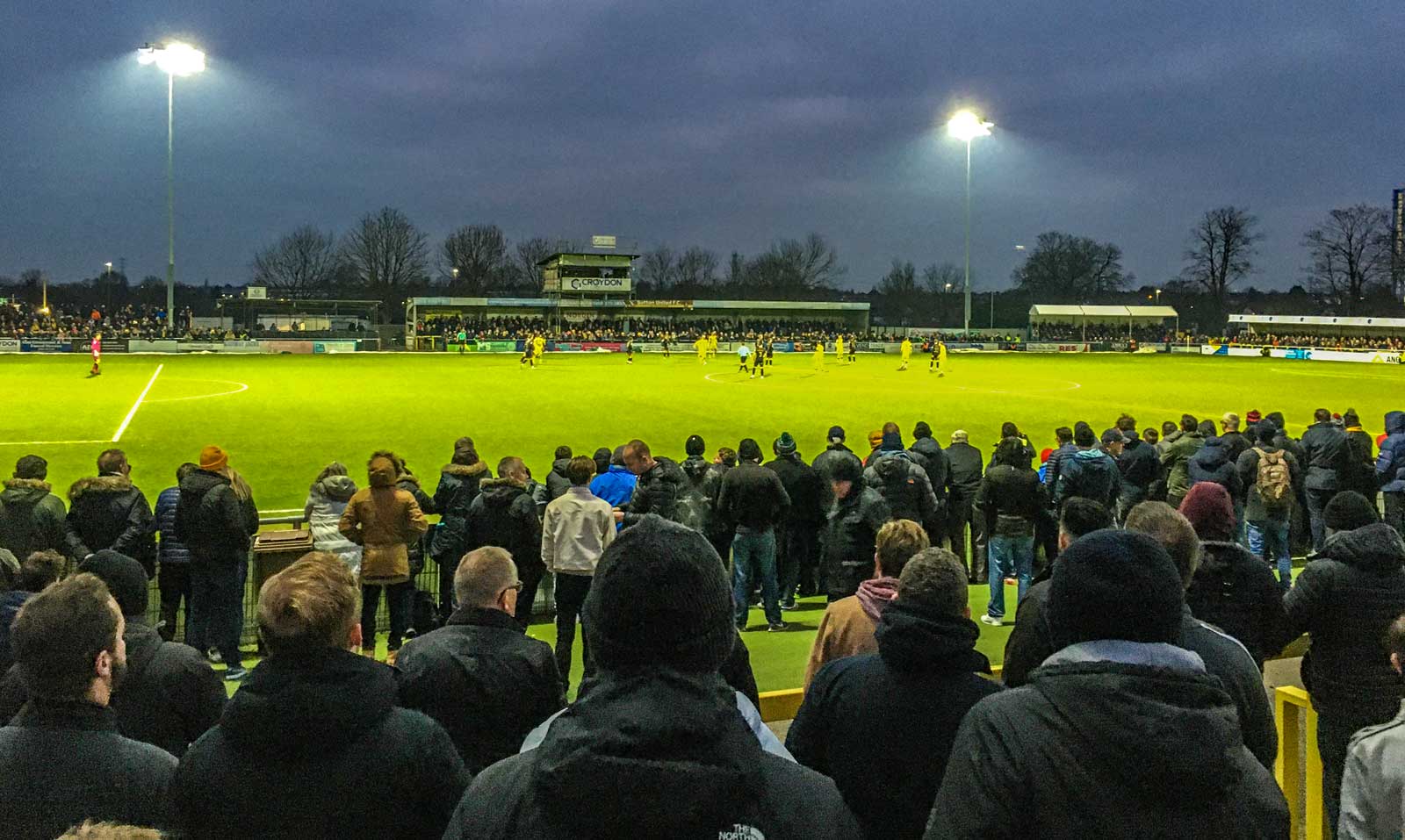 An early goal but otherwise a dull first half, followed by a better second half and a cracker of a goal. But gosh, it was cold.

It’s been a long time since I last went to an evening football match. Sadly, Sutton were clearly the inferior team, and a grim, goalless second half ended a disappointing game and result. Still, it was fun to go to an evening match.. 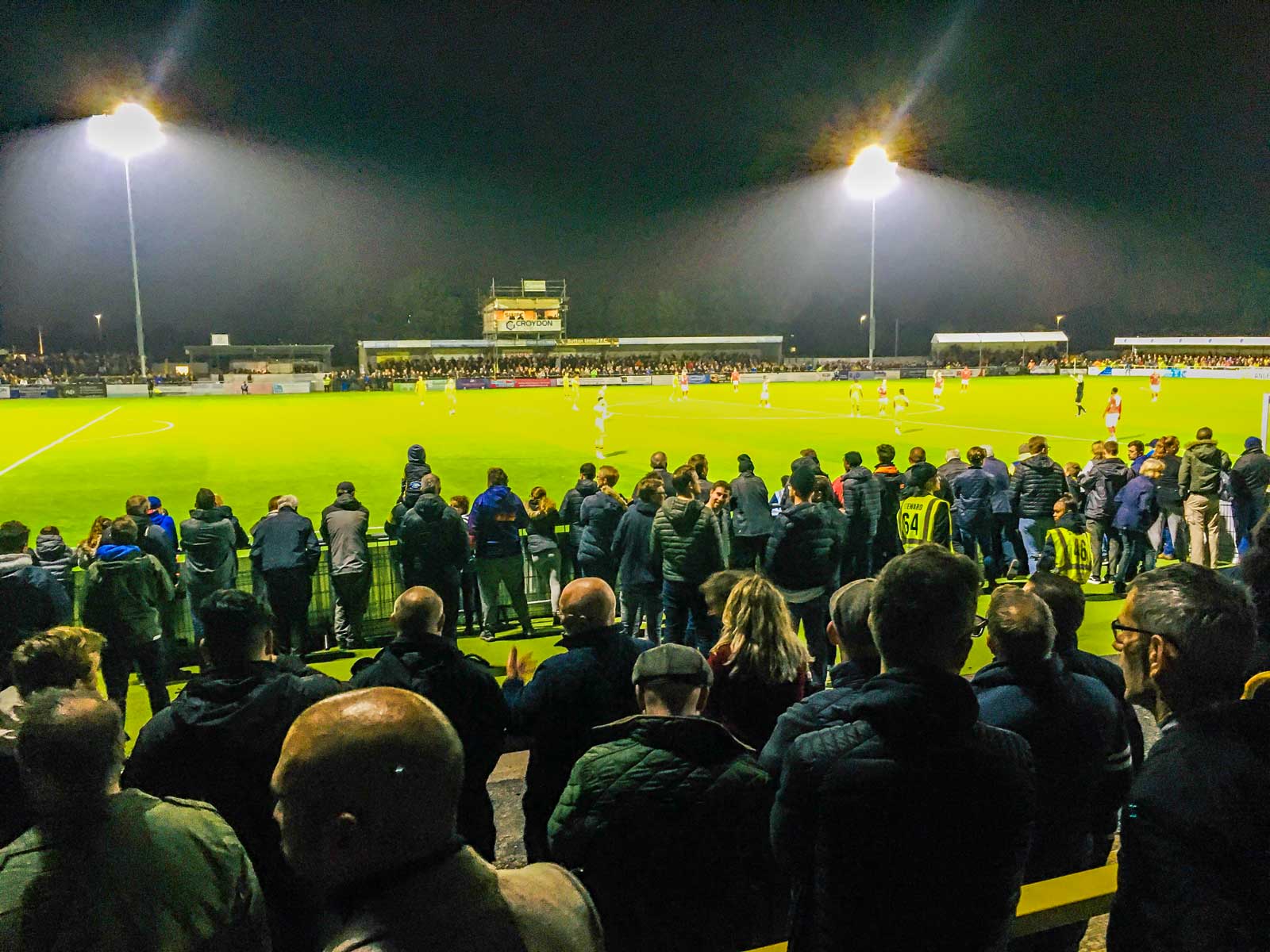 Well that was exciting!

A cracking game against a team third in the league, but which would have been worth going to just to be part of the crowd as the winning goal was scored and then at the final whistle.

I can’t remember the last time I went to a football match – possibly a Premiership match at Fulham, 10 or more years ago. On a whim I decided today to go watch my local team, Sutton United (newly promoted into League 2 of the Football League) play a home match against faraway Carlisle. Sutton went on to win 4-0. It wasn’t a bad game but it was a great result. The picture below was taken after one of the goals.

I once went to a match with my dad. This was after he had separated from my mum. I can’t remember the actual teams but I think it was two of Corby, Kettering or Northampton. My dad lived in Corby. Today, my more-than-grown-up son who lives in Berlin messaged me in response to my messages re today’s match that “I would also like to go sometime!!!”. Back in 1989 (I had to look that date up) Sutton beat Coventry in a famous third-round FA Cup match, only to be slaughtered 8-0 in the following away match against Norwich. Me and my son went to both matches and if I remember correctly he was distraught by the drubbing in this fourth-round match. That was probably the last time I went to a match with my son. It would be nice to do it again, son.

It was interesting being at today’s match. There’s a lot of booting the ball forward and far more heading of the ball than I would consider healthy. The supporters at the match were predominantly male, middle-aged or older, bearded. Mums and dads came with their kids but most kids seemed disinterested in the match. I can’t believe how long people will queue for burger and chips, even during play. The players seemed to be more gentlemanly that players in the top divisions, which I appreciated. I’ll go again.